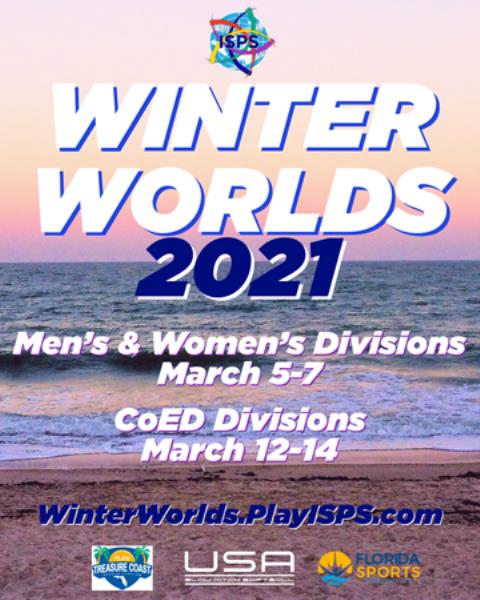 ISPS Winter Worlds kicks off in Florida
Posted on Mar 05, 2021

*The tournament has been postponed due to weather and will take place at a later date.

While many softball players in Minnesota have just started getting back into the hitting cage, others in the country will participate in the International Slow Pitch Softball Winter Worlds Tournament in Florida.

ISPS started around 10 years ago hosting softball tournaments and leagues in Florida but soon expanded into Puerto Rico and eventually across the globe. ISPS now has leagues or tournaments in seven different countries that span different continents.

The league all started when Manuel Ferrero III and others wanted to honor his brother, PFC. Marius L. Ferrero, a military member killed in Iraq in 2007.

The tournament honored other veterans and fallen soldiers but it also gave Manuel an outlet to help cope with the grief of losing his brother.

“It was really traumatic,” Manuel said. “I couldn’t really function. I went through a battle. I used softball as a way of coping.”

Manuel, along with friends and family, held the memorial tournament six months after his brother’s death. After a while, Manuel and others started a softball association in Florida. Then, in 2011, a contingent of people from Puerto Rico contacted Manuel about running a tournament there.

That event generated additional ideas for tournaments. Ferrero and others with the newly formed ISPS began to view tournaments as destination events, which helped the organization sprout across the globe. The connection to the military has also helped because military members often play softball while overseas on base, Ferrero said.

Winter Worlds will take place March 5-7 and March 12-14 in Treasure Coast, Florida. The entry fee is $400. It’s one of two world tournaments ISPS hosts annually. The other world tournament takes place in November.

Winter Worlds has a men’s bronze and silver division. Additionally there is a women’s division, a men’s over-40 division and a co-ed division. The tournament will adhere to COVID-19 precautions.

Minnesota teams have participated in ISPS events in the past, Ferrero said, and naturally the tournaments during the winter months seem an ideal fit for Minnesota teams and players who want to get some games in.

Ferrero wants to expand events to Minnesota in the future and is looking for interested directors to get things going.